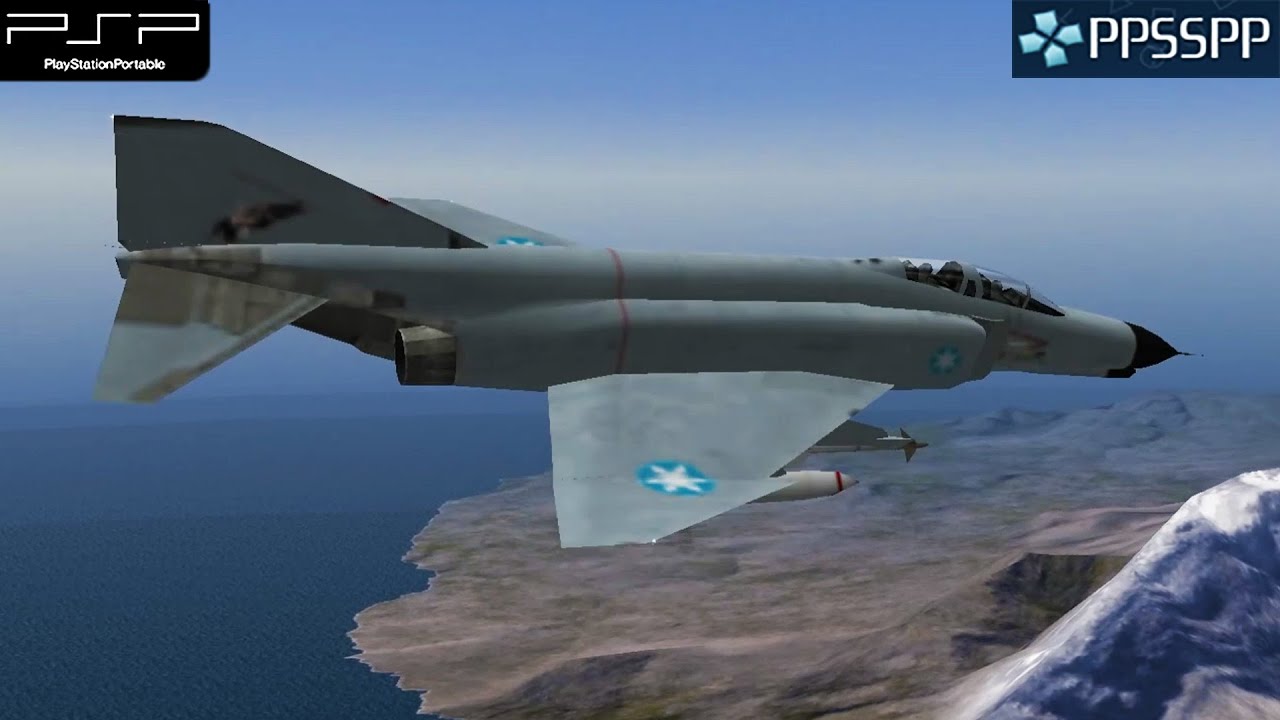 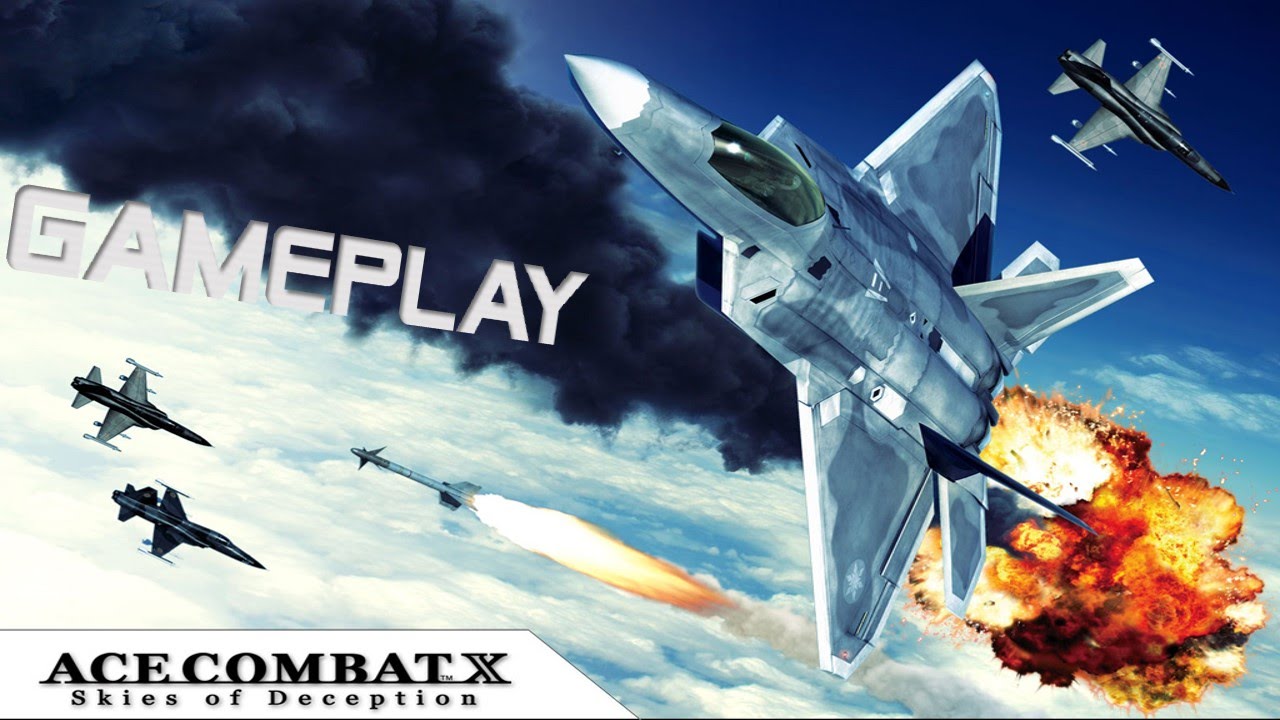 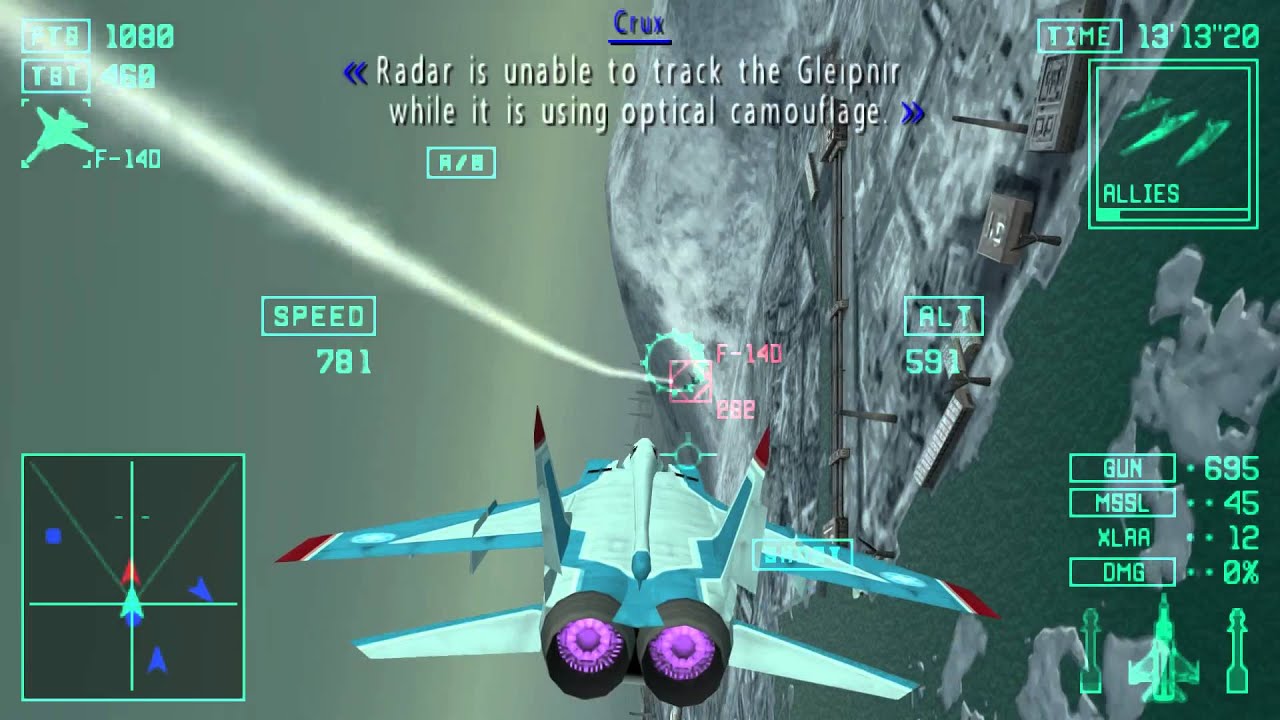 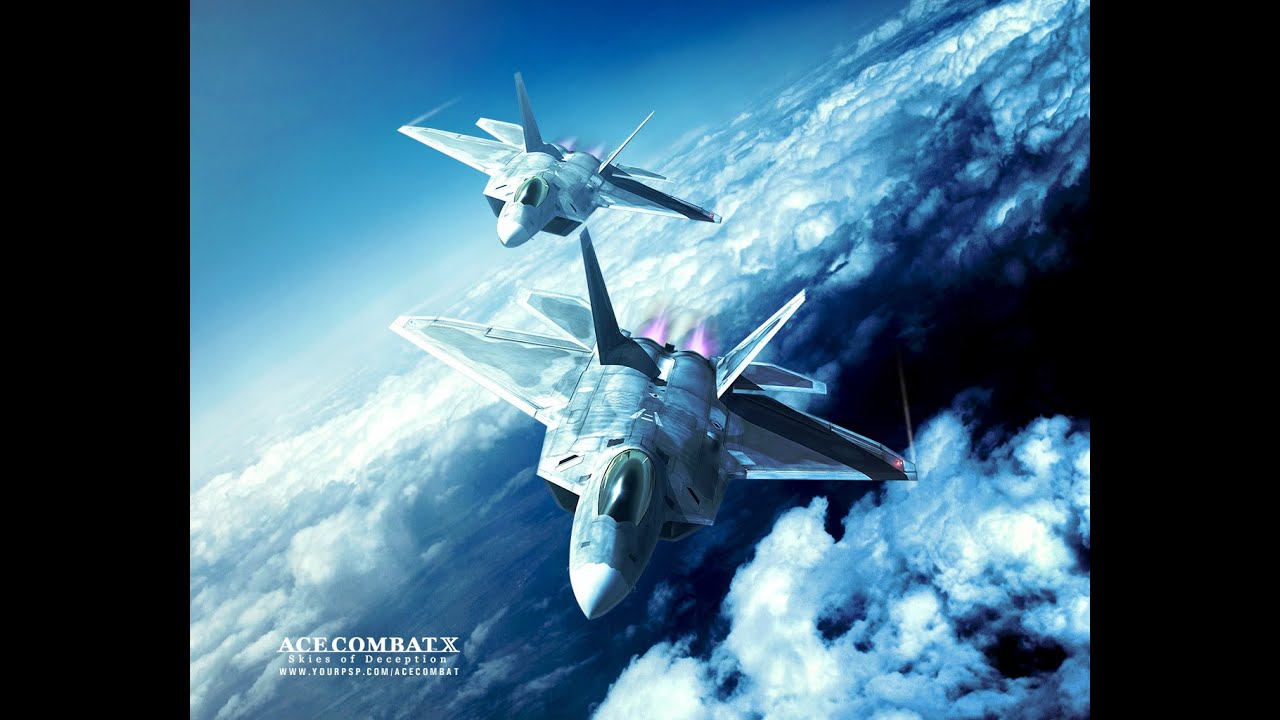 Ace Combat X – Skies of Deception is a popular PlayStation PSP Video Game and now you can play this game on android using PPSSPP android emulator. Ace Combat X: Skies of Deception (エースコンバットX スカイズ・オブ・デセプション Ēsu Conbatto Ekkusu Sukai Obu Desepushon) is a video game for the PlayStation Portable handheld console. It is the tenth installment of the Ace Combat video game series, the first for the PlayStation Portable system, and the second for a portable console. It was released for the United States on October 24, 2006.

Plot
Throughout the various cutscenes, the story is narrated by Albert Genette, a reporter sent on assignment to cover the conflict. This is the same reporter who covers the Osea-Yuktobania conflict of Ace Combat 5: The Unsung War.

In the year 2020, after years of civil war and internal struggle, the Democratic Republic of Leasath (/ˈleɪsæθ/), under the command of Diego Gaspar Navarro invades its peaceful neighboring country, the Federal Republic of Aurelia. Owing to their Gleipnir Flying Fortress, Leasath overwhelms most of Aurelia within ten days. The remainder of the Aurelian military bands together at Cape Aubrey Airbase and manages to achieve a Pyrrhic victory: They destroy a flight of Leasath bombers but Gleipnir wipes out all deployed Aurelian aircraft except its only ace pilot Gryphus One, who bears the symbol of “The Southern Cross”. Following the battle of Cape Aubrey, Gryphus One spearheads an offensive to recapture Port Patterson, a critical supply base and landing area for Leasath’s forces. Gryphus One distinguishes himself by inflicting heavy damage on the enemy air force, navy and ground forces.

After the liberation of Port Patterson, the Aurelians set out to liberate the city of Santa Elva and destroy Gleipnir. Depending on the players choice, either the Aurelian navy or ground forces engage Gleipnir. Gryphus One downs Gleipnir over Santa Elva, earning the nickname of “Nemesis” among Leasathians. The demoralized Leasathians hastily withdraw towards Griswall, the occupied capital of Aurelia where the Leasathians have established a defensive ring with Meson Cannons capable of firing particle beams. The player has two choices on the strategic level: One is to destroy the enemy Skylla unit by surprise and face Meson Cannons (at full or half potential) in Griswall. The other is to sneak under the enemy radar jamming coverage, destroy their Meson Cannon components and instead battle the enemy units outside Griswall perimeter. By the time Griswall is liberated, however, Navarro has escaped, but the turn of the battle changes irreversibly.