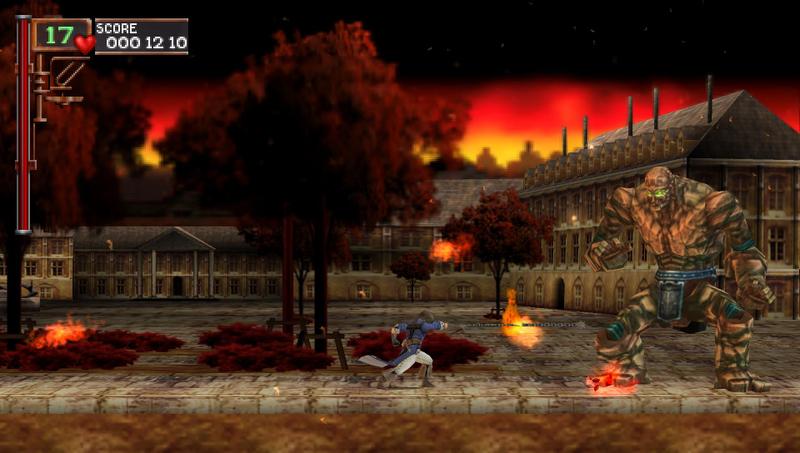 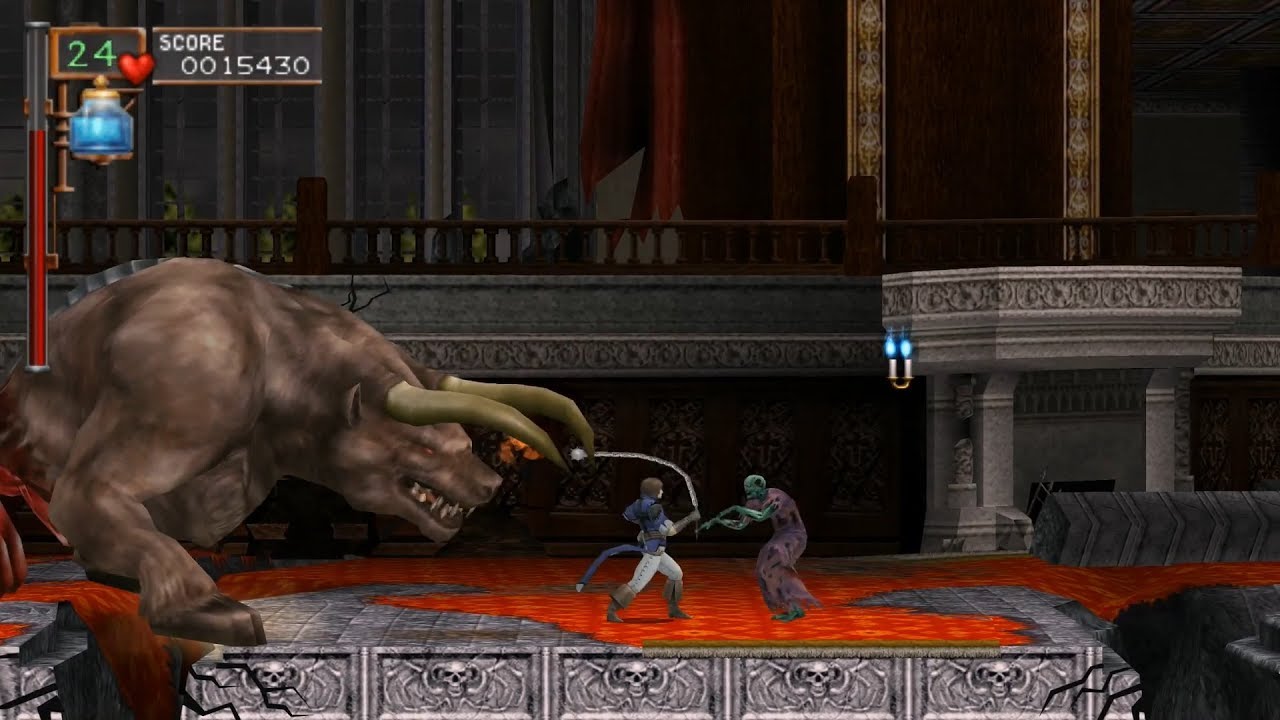 Castlevania: The Dracula X Chronicles is a 2.5D remake of Castlevania: Rondo of Blood for the PlayStation Portable. The game is known in Japan as Akumajō Dracula X Chronicle. It was initially unveiled by 1UP on February 1st, 2007 with footage being shown during the 1UP Show, and was released on October 23th, 2007 in North America, November 8th in Japan, and early 2008 elsewere.

The game also includes the original PC Engine CD-ROM² version of Rondo of Blood as well as a port of Symphony of the Night, and even Akumajyo Dracula Peke. Each of these additional games cannot be accessed right from the beginning, and have to be unlocked first by meeting certain requirements in the main game before they can actually be played. Castlevania: The Dracula X Chronicles represents the first time that Castlevania: Rondo of Blood has been officially released outside of Japan.

Story
Quotebg.pngQuotebg2.png
“In the halcyon days of yore, overripe with peace and prosperity, not a soul believed that tomorrow could bring anything but more of the tranquil plenty about them…

But peace and prosperity give always give rise to the wicked: those who deny mankind comfort, and grow bored of peace.

A dark congregation of such villains began to gather, plotting to revive an unholy power to destroy the decadent world and begin anew.

Their ambitions for the new world to be born grew steadily, mirrored in the leering grins etched upon their faces.

A century later, that vile creature was reborn unto the world.

Taking the form of a bat, wolf, or mist at will, he stalked the land by night, draining young maidens of their blood to feed his own immortality.