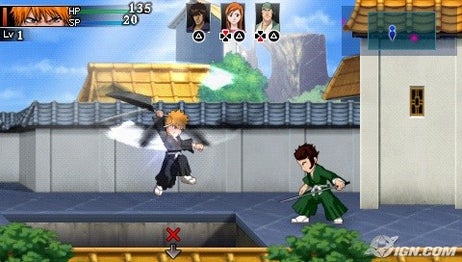 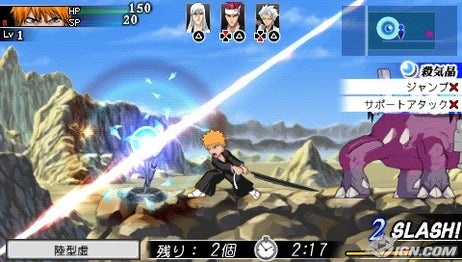 Bleach – Soul Carnival 2 (Japan) is a popular PlayStation PSP Video Game and now you can play this game on android using PPSSPP android emulator. Bleach: Soul Carnival 2 is the latest installment of the Soul Carnival series. It was released on December 10, 2009 for the PlayStation Portable system. It is an action role playing game like its predecessor. All of the game’s characters are in chibi form.

Story
The game follows the story of the manga from the start of the series, until Ichigo’s victory over Ulquiorra Cifer. The game’s story is told through voice acting and text. There are also some cinematics which were taken right from the anime that are shown most often during fights scenes.

Gameplay
The game is a role playing action adventure in which the player controls a variety of characters. The objective of every mission is to either get to the end of the area or to defeat a boss. The player controls the character in a side scrolling manner. The D-pad moves the character left or right while the square button unleashes a character’s primary attack. The player will be going through three maps throughout the game. Those Maps are Karakura Town, Soul Society and Hueco Mundo. While Karakura Town is the only area available at the start of the game, the player unlocks more areas as he/she progresses through the game. Most of the missions are played through controlling Ichigo. However, overtime there are more missions unlocked where the player controls other characters through the story, these missions though are optional and the story can be completed solely as Ichigo. There are a variety of side missions in which the player can hope to increase their character’s level by having them enter more dangerous territory.