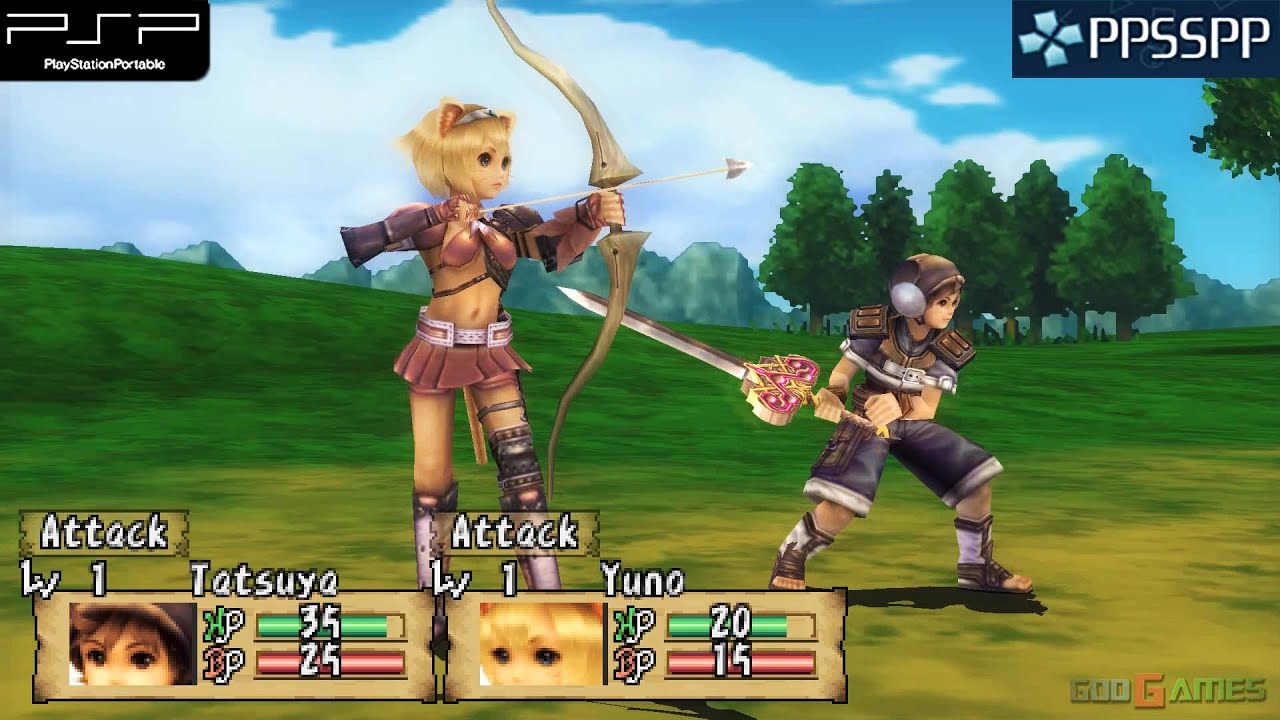 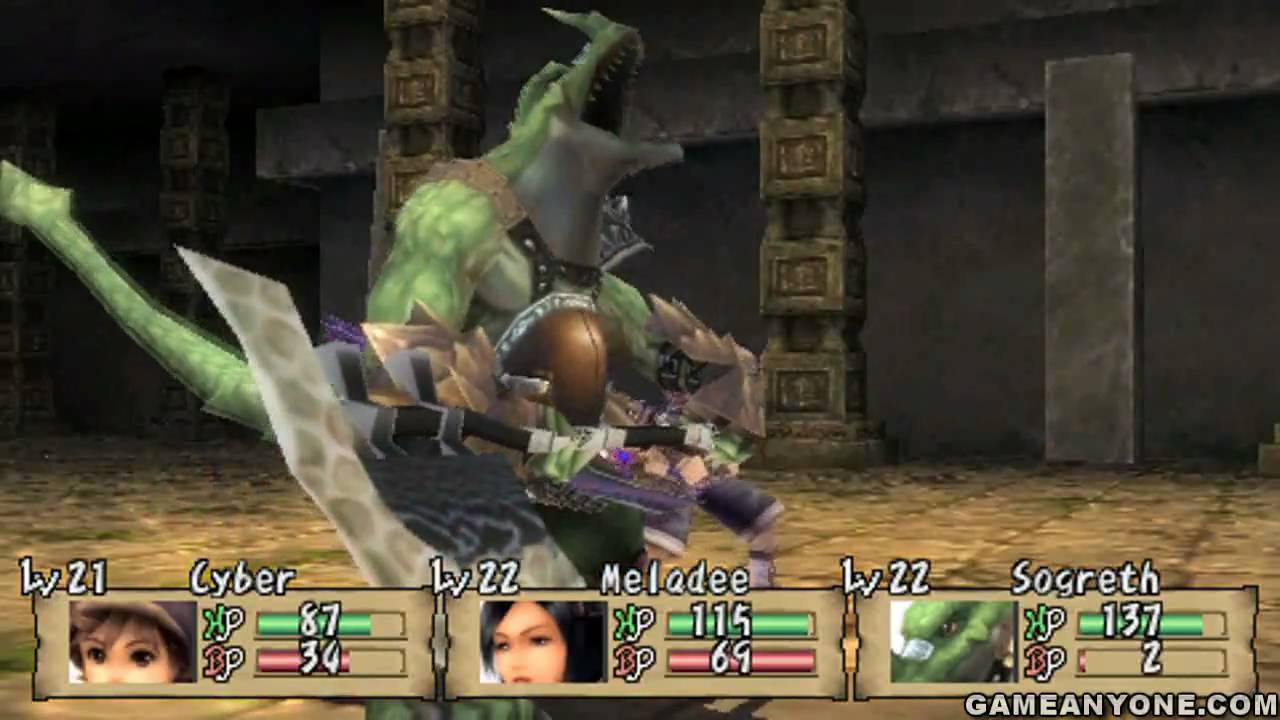 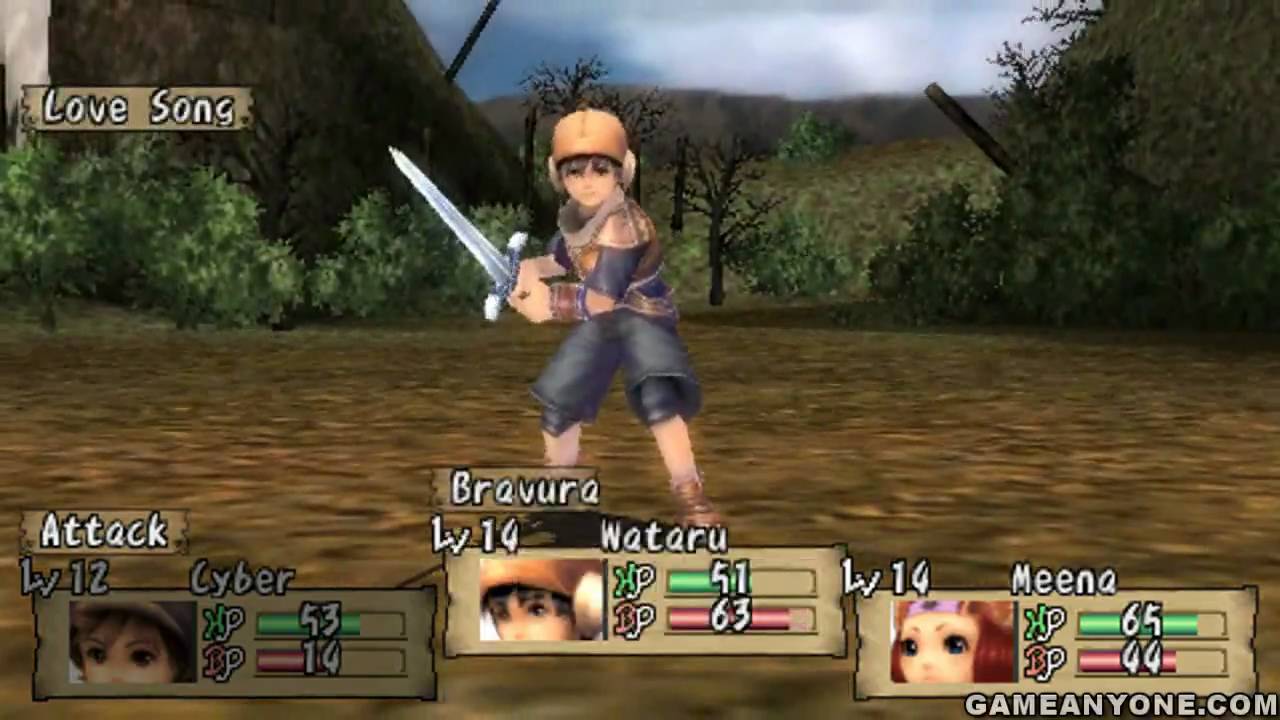 Brave Story: New Traveler is a popular PlayStation PSP Video Game and now you can play this game on android using PPSSPP android emulator. Brave Story: New Traveler (ブレイブ・ストーリー 新たなる旅人 Bureibu Stōrī: Aratanaru Tabibito) is a video game loosely based in the world of the novel and manga Brave Story. It was released in Asia on July 4, 2006, and in Japan two days later. An English version, published and localized by Xseed Games, was released on July 31, 2007 in North America.

Plot summary
The game starts off with the player as the main protagonist, called Tatsuya as the default name, and introduces us to his best friend, whose default name is Miki. The story kicks off with Tatsuya and Miki sitting on a bench. Tatsuya is too immersed in the game he is playing on his PSP to notice that Miki is missing. Kratos, Miki’s dog, barks and shows Tatsuya where Miki is and thus he finds her unconscious on the ground, sick by some unknown illness. He wishes for her to become better, and suddenly, a voice magically appears and asks Tatsuya if he wants to save his friend and make her healthy again. He agrees and thus the adventure begins in an unknown land separated from the rest of the world in order to seize 5 different gems for the Traveler’s Sword he holds so he can return to his own world and restore Miki back to good health.

Gameplay
After beating the game and watching the credits, the player can save over their current playthrough. The new file is marked with a star and is entitled “Epilogue”. Resuming the game from the star-marked file allows the player to continue the game from the last save point but with access to the new Roster feature under Settings. Roster allows the player to place the guest characters Wataru, Meena, Kee Keema, Mitsuru and Kutz into their party any time they please; the guest characters are now at Level 60+ and have new equipment and abilities. There will also be an extra part of the game to complete, The Earthrift.