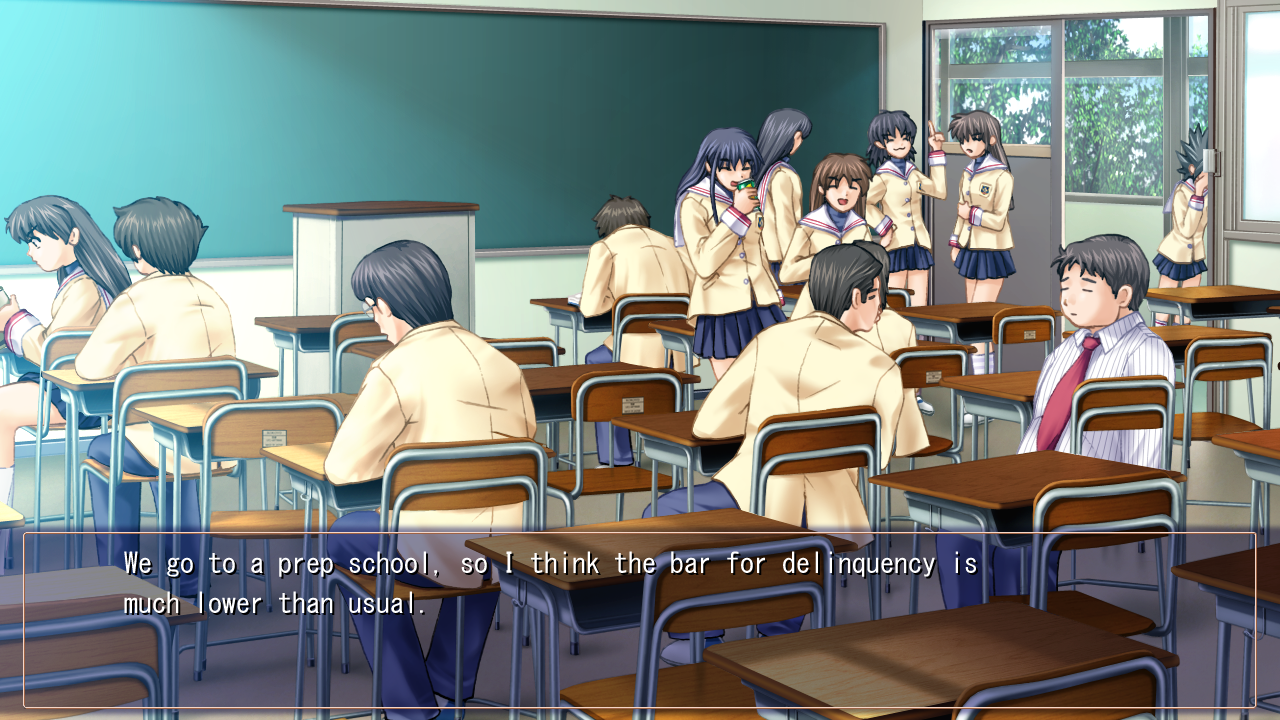 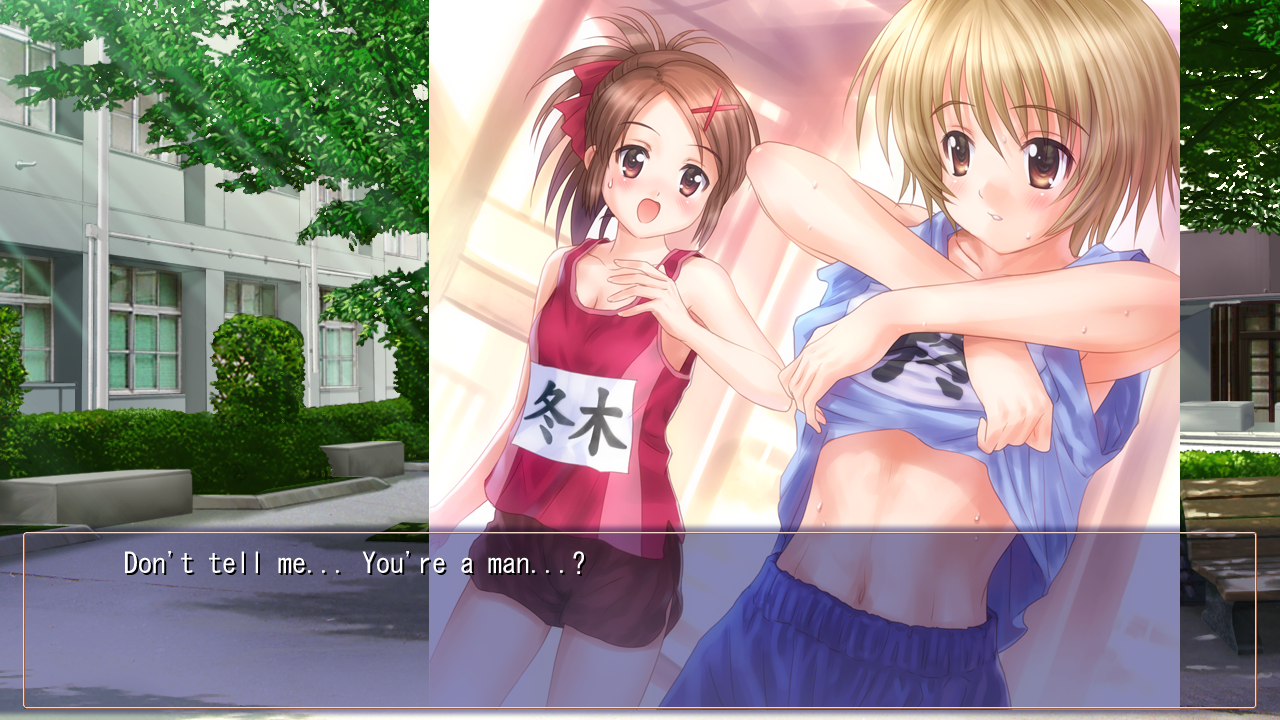 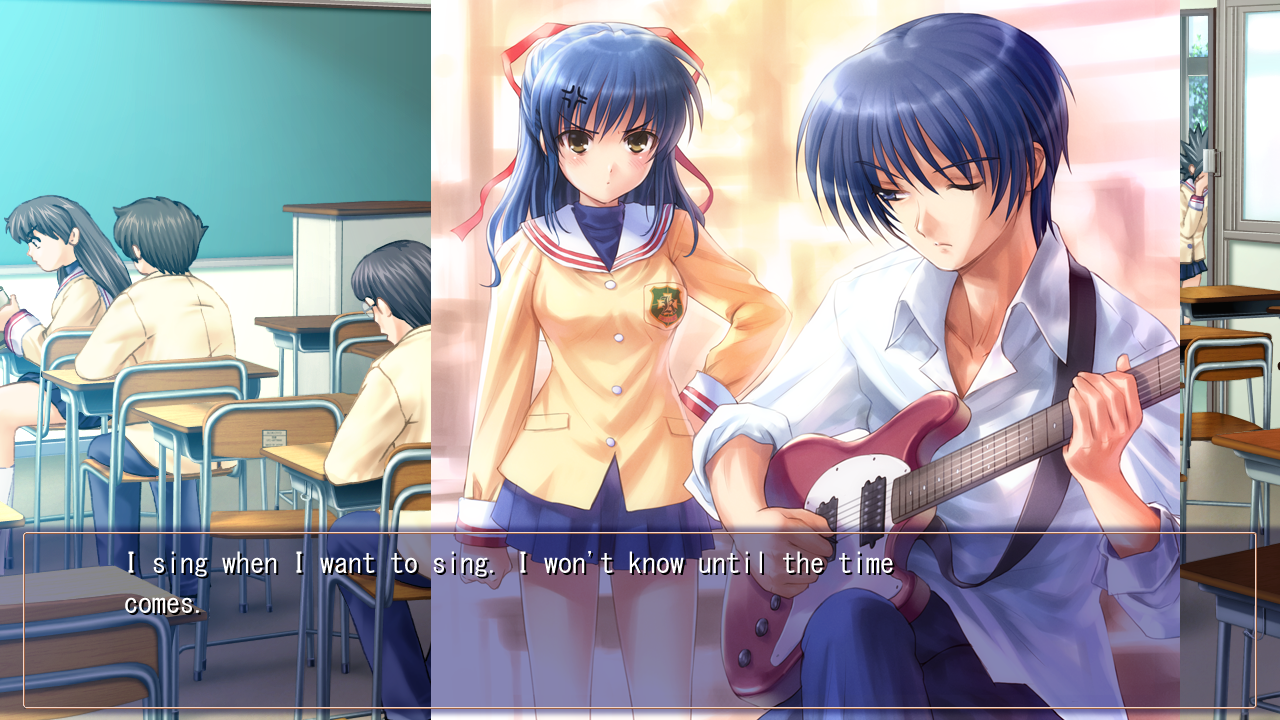 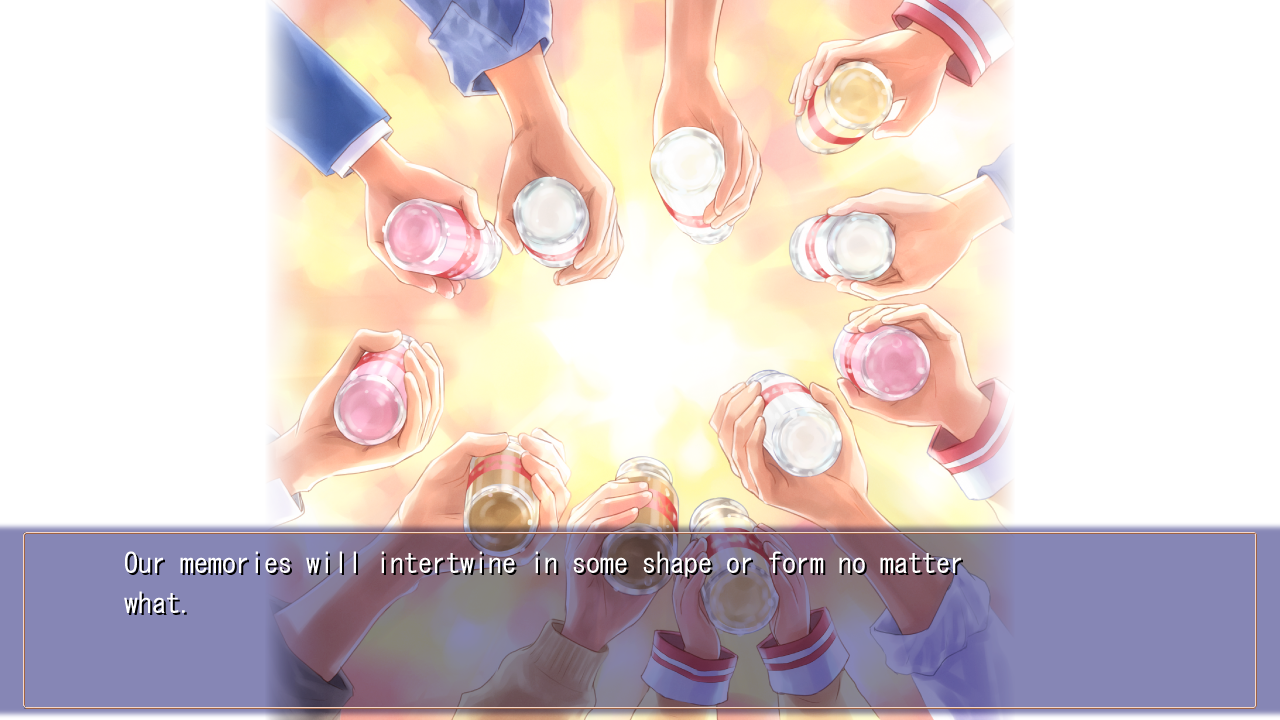 Hikari Mimamoru Sakamichi de (光見守る坂道で) is a linear visual novel featuring full voice-acting (for dialogues and descriptions alike) that tells 8 stories from the world of Clannad that were not covered in neither anime series nor original game, this release being the last out of two volumes (featuring last 8 out of 16 overall short episodes). Episodes can be played in any order, and are made as a visual sound novels, each containing chapters which allow player to skip forward or backward, but the speed of the story cannot be altered and dialogues and descriptions being fully voiced offer no way of skipping at a press of a button as the regular visual novels do.

During dialogues there are no visible characters that face the player as it is a visual story being told, which mostly features different backgrounds with special art stills that are sometimes displayed over part of the background or as CG events in full screen.

The episodes included in this second volume are: