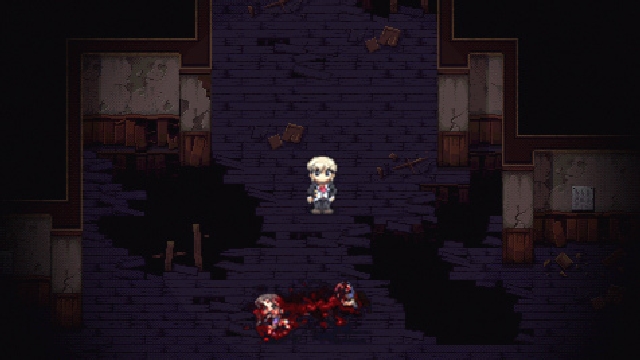 Corpse Party: Book of Shadows is a popular PlayStation PSP Video Game and now you can play this game on android using PPSSPP android emulator.

Corpse Party: Book of Shadows (コープスパーティー Book of Shadows Kōpusu Pātī Bukku obu Shadōzu?) is the sequel of Corpse Party survival horror adventure game series created by Team GrisGris for the PlayStation Portable and iOS. The game was published by 5pb. and was released in Japan on September 1, 2011. It was localized by XSEED Games and released on January 15, 2013 in America and on January 23, 2013 in Europe. It is known under the abbreviation BS in Japan and as BoS overseas. This game has inspired a manga adaptation, drama CDs, a light novel, a fan book, web radios, an amusement attraction, and an upcoming live action movie retelling of the story.

This game is the sequel to Corpse Party for PC, PlayStation Portable and iOS, and Nintendo 3DS.

Gameplay
Book of Shadows abandons the bird’s-eye view adventure style used in the previous games in favor of a point-and-click visual novel-styled adventure. Book of Shadows also implemented a darkening meter, which slowly makes the main character lose their sanity when they view corpses or endanger themselves, to the point where they will start suffering from hallucinations and paranoia. This game also has the the ability to save wherever they want and can also fast forward through dialogue.
This game also now allow players to view CG images, listen to the characters’ voices and screams, and listen to the music which you unlock throughout the game. Players also can save the CG images to their PlayStation Portable. If the player has a previous save from Corpse Party (PSP), they are able to view the CG images from that game, in addition to unlocking the final extra chapter without the need to obtain every wrong end.