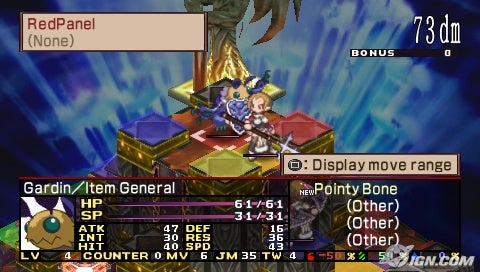 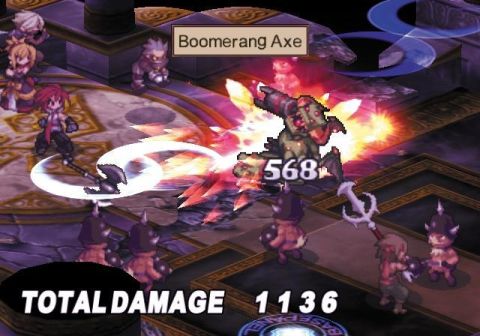 Disgaea 2: Dark Hero Days is a popular PlayStation PSP Video Game and now you can play this game on android using PPSSPP android emulator. Disgaea 2: Cursed Memories (魔界戦記ディスガイア2? Makai Senki Disugaia Tsū, lit. “Netherworld Battle Chronicle: Disgaea 2”) is a tactical role-playing game developed and published by Nippon Ichi Software for the PlayStation 2 video game console. Disgaea 2 is the sequel to 2003’s Disgaea: Hour of Darkness and was released for the PlayStation 2. It is also the predecessor to Disgaea 3: Absence of Justice for the PlayStation 3.

Unlike Nippon Ichi’s previous games, Disgaea 2 is on DVD-ROM and has an animated opening movie.

Gameplay
Disgaea 2 is divided into 13 chapters. Each chapter begins with cut scenes to explain Adell’s next mission. Players then take control of Adell in his hometown of Holt. The town serves as a gateway to story maps, side quests, the dark council, and the item world. At the beginning of each chapter, a new area is unlocked. Each area consists of multiple maps which must be beaten to advance to the next chapter. Talking to the gatekeeper of Holt will give players the option of exploring the new area or repeating any maps that have been beaten. Many maps also have cut scenes. Scenes at the beginning and end of each chapter cannot be skipped. The gameplay in Disgaea 2 builds directly upon that of Disgaea: Hour of Darkness; players control a party of characters to do battle on a 3D isometric grid map. The Item World game mode returns from Disgaea: Hour of Darkness. Players can select any item in the party’s inventory and enter it. The levels within are randomly generated, and the difficulty of enemies depends on the item’s rarity or power. There are two ways to descend through the Item World: by defeating all enemies on a given level, or by using exit portals located somewhere on each level. Special enemies, called Guardians, can be freed by defeating them, imparting certain benefits to the item, such as increased attack or defense values. Once they are freed, they can be moved between items freely. The further a player descends through a given item’s Item World, the higher the stat bonuses it will receive.