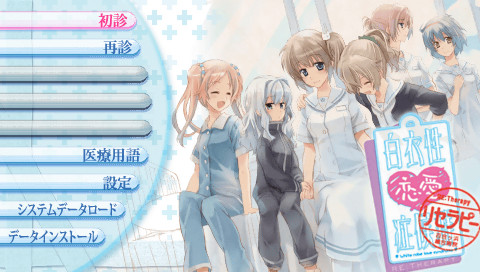 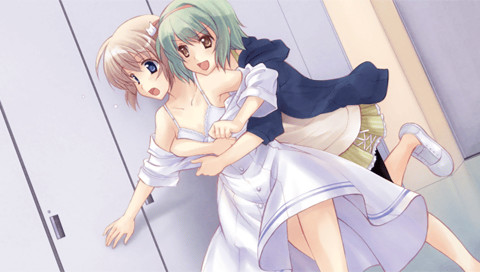 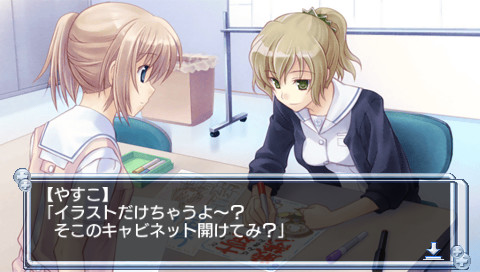 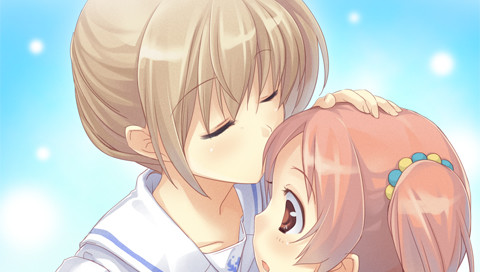 Hakuisei Renai Shoukougun (白衣性恋愛症候群 Hakuisei Ren’ai Shoukougun, lit. White Robe Love Syndrome) is a visual novel game developed by Kogado Studio’s Shimarisu-san Team with the script writer being Sakusa Sakura. The series has an official abbreviated name of “ShiroKoi” using the first two kanji of the first two words of the whole title. The game is a visual novel about a girl named Kaori Sawai who was saved by hospital staff after an accident during her youth and decided to repay them by becoming a nurse at the age of 21. The story starts with Kaori starting her first day as a nurse at the hospital she would start working at and meet other people-some connected to her past. The first release of the game was in 2011 exclusively for the Sony PSP. In 2012, a remake of the original game was made titled Hakuisei Renai Shoukougun RE:Therapy for PC and PSP platforms featuring an extended storyline for the original main characters,and new character route additions for previously minor characters Yasuko and Ami, as well as a remake-exclusive character, a middle-school girl aged Mayuki.

A spinoff of the White Robe series, White Robe Love Addiction (白衣性愛情依存症 Hakuisei Aijou Izonjou), was released on PlayStation Vita in April 2015, with a new cast of characters and art design . It was subsequently released for Japanese PC on December 25, 2015 Hakuisei Aijou Izonjou was later released in English and Chinese on Steam for PC under the title Nurse Love Addiction, localizing the “White Robe” part of the series title to “Nurse”, likely due to non-Japanese nurse uniform colors no longer being exclusively of white coloring.