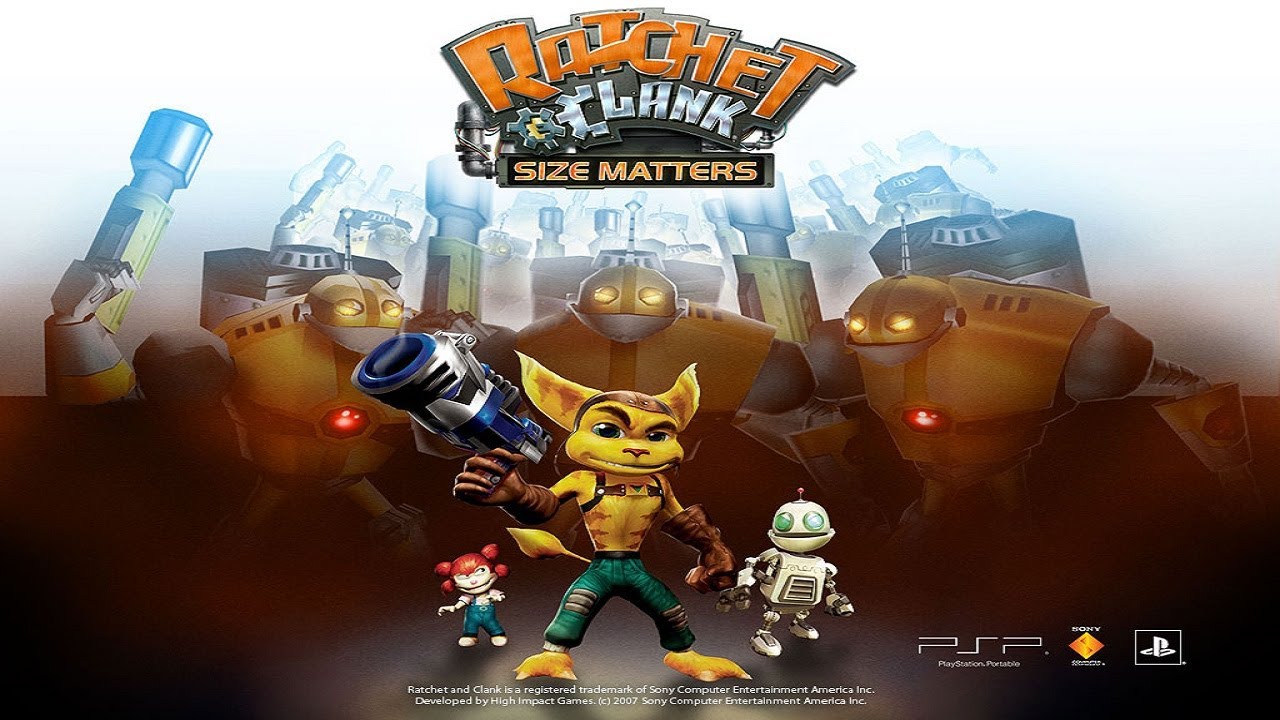 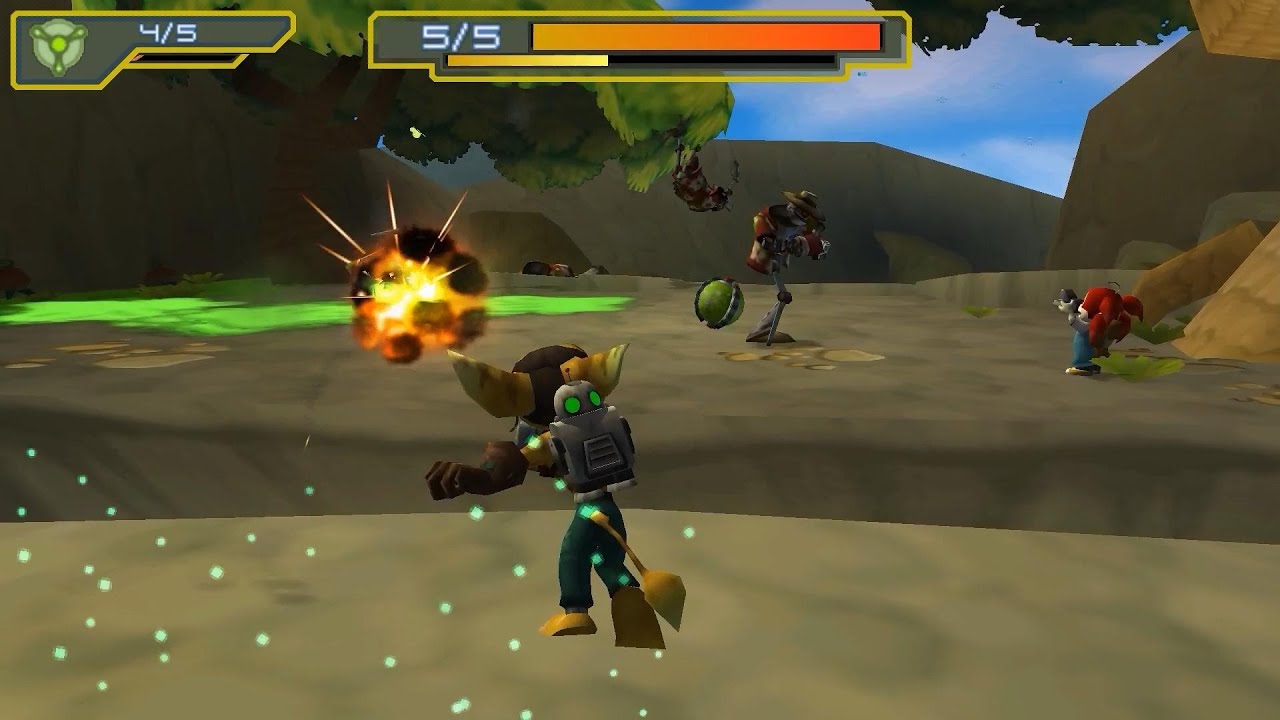 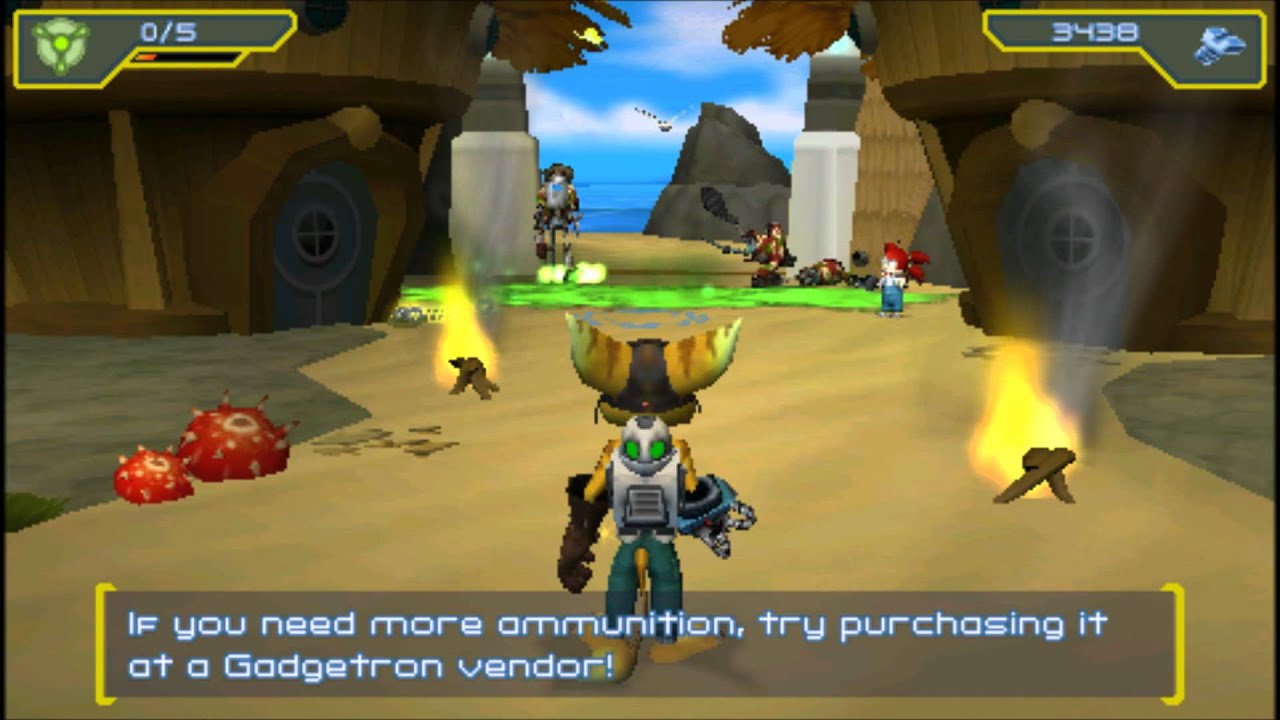 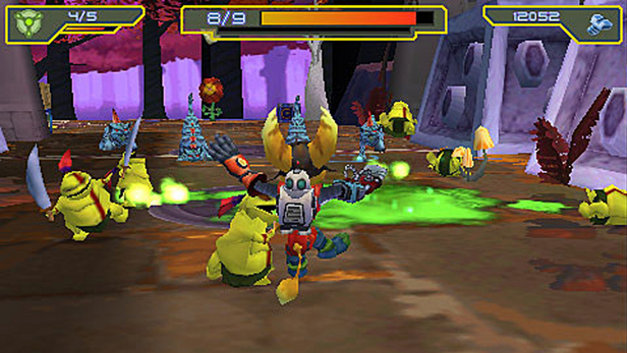 Gameplay
As with Ratchet & Clank and Going Commando, space combat is present. However, this time, the player controls Giant Clank, rather than a ship. Also, there are arena battles, but this time, the player plays as Clank in a variety of vehicles. Clank returns as a playable character, and is again able to control a set of Gadgebots, smaller robots which can perform certain tasks for him, although this only occurs in one section of the game. But the player may still play with Gadgebots in Clank Challenges.

Similar to previous games in the series, this game contains a variety of weapons which can be upgraded. For example, the Lacerator is upgraded to the Dual Lacerators. Mods can be purchased for most weapons from Slim Cognito vendors. Some weapons and gadgets from previous games appear, such as the Hypershot, Bolt Grabber and R.Y.N.O. Nanotech (health) can also be upgraded. The main way to beat enemies is firepower, so bolts (which are used as currency) are an important criteria of the game. Although there is no way to access weapons, etc. from previous games, additional skins can be unlocked on Secret Agent Clank if the player has a Size Matters save.