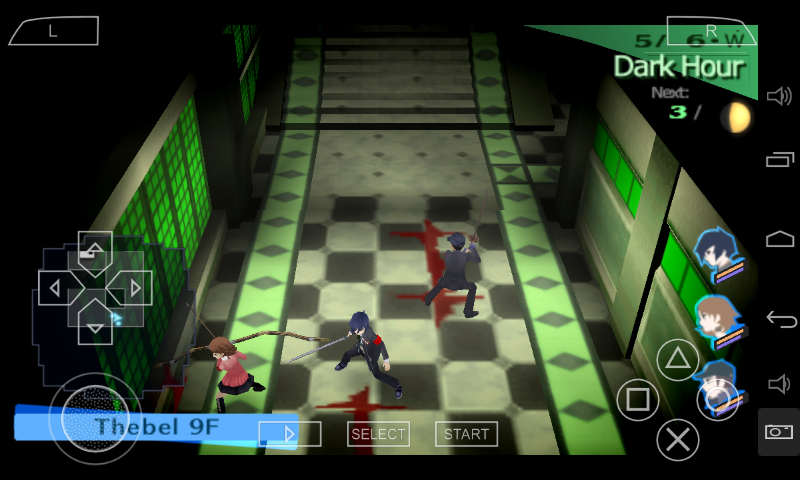 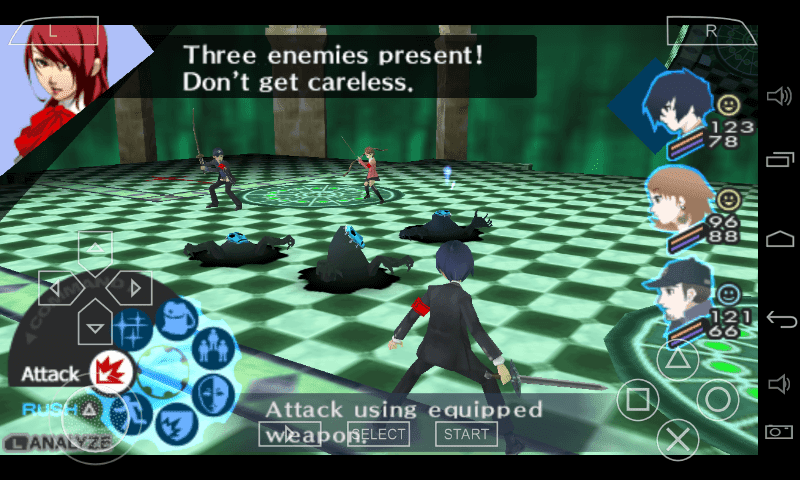 Shin Megami Tensei: Persona 3 (ペルソナ3 Perusona Surī?) is a role-playing video game developed by Atlus, and chronologically the fourth installment in the Persona series, a subseries of the Megami Tensei franchise. Persona 3 was originally published in 2006 on the PlayStation 2 by Atlus in Japan; the North American release of the game was delayed due to issues with the publication of the official art book. An add-on disc titled Persona 3 FES, containing a “director’s cut” of the original game, as well as a new epilogue, was released alongside Persona 3 in Japan in 2007, and in 2008 in other territories, with a re-release of FES on the PlayStation Network in 2012.

In Persona 3, the player takes the role of a male high-school student who joins the Specialized Extracurricular Execution Squad (SEES), a group of students investigating the Dark Hour, a time period between one day and the next that few people are aware of. During the Dark Hour, the player enters Tartarus, a large tower containing Shadows, creatures that feed on the minds of humans. To fight the Shadows, each member of SEES is able to summon a Persona, a manifestation of a person’s inner self. The game’s most iconic feature is the method by which the members of SEES release their Personas: by firing a gun-like object called an Evoker at their head. In addition to the standard elements of role-playing games, Persona 3 includes elements of simulation games, as the game’s protagonist progresses day by day through a school year, making friends and forming relationships that improve the strength of his Personas in battle.

Critical reception of Persona 3 was mainly positive; reviewers enjoyed the game’s social elements, while some found its combat and environments repetitive. Persona 3 FES’s epilogue was said to give narrative closure to the original game, although it was criticized for not featuring the simulation aspect of Persona 3. A PlayStation Portable version of Persona 3, titled Persona 3 Portable was released in Japan in November 2009, and in North America in July 2010. The remake adds the ability to play as a female protagonist, new story elements and music, and a new interface designed for the PSP. Two fighting games that continued the storyline of select members of S.E.E.S., Persona 4 Arena and Persona 4 Arena Ultimax, were released in the early 2010s. Persona 3 has also seen related forms of media released, including soundtrack albums, musical concerts, a manga adaption, multiple radio dramas, an anime series, and an episodic animated film series.