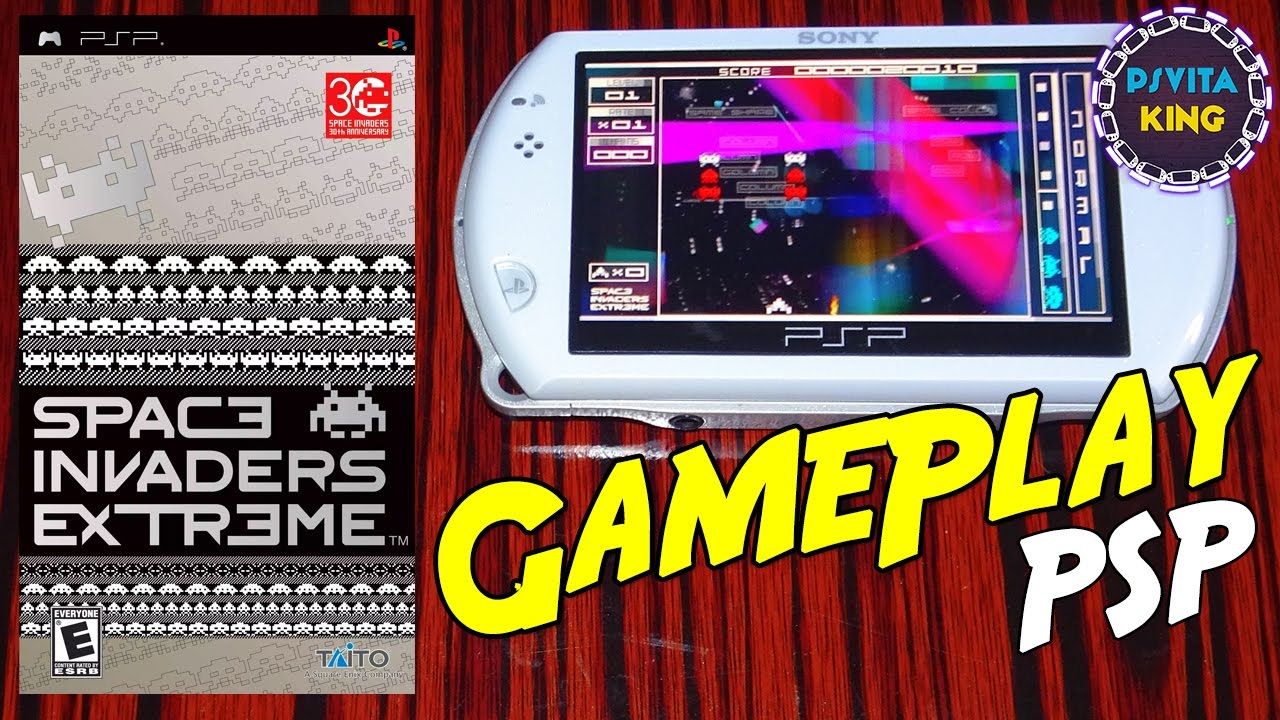 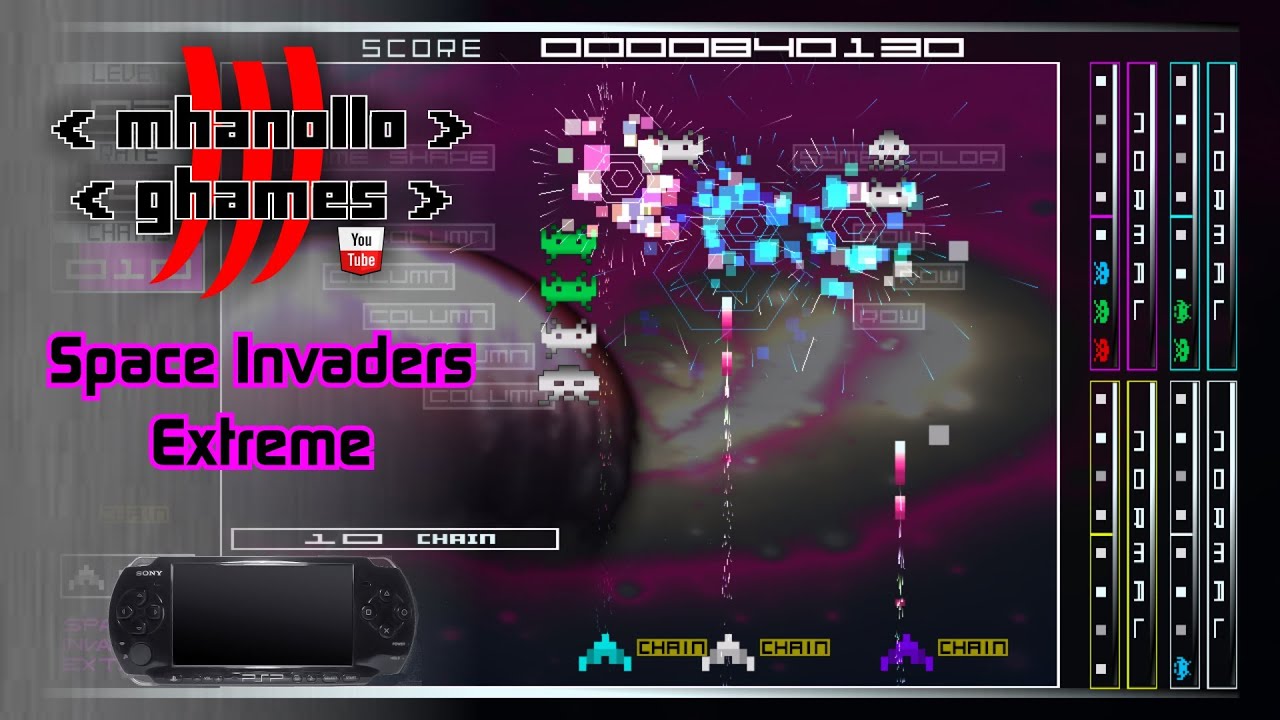 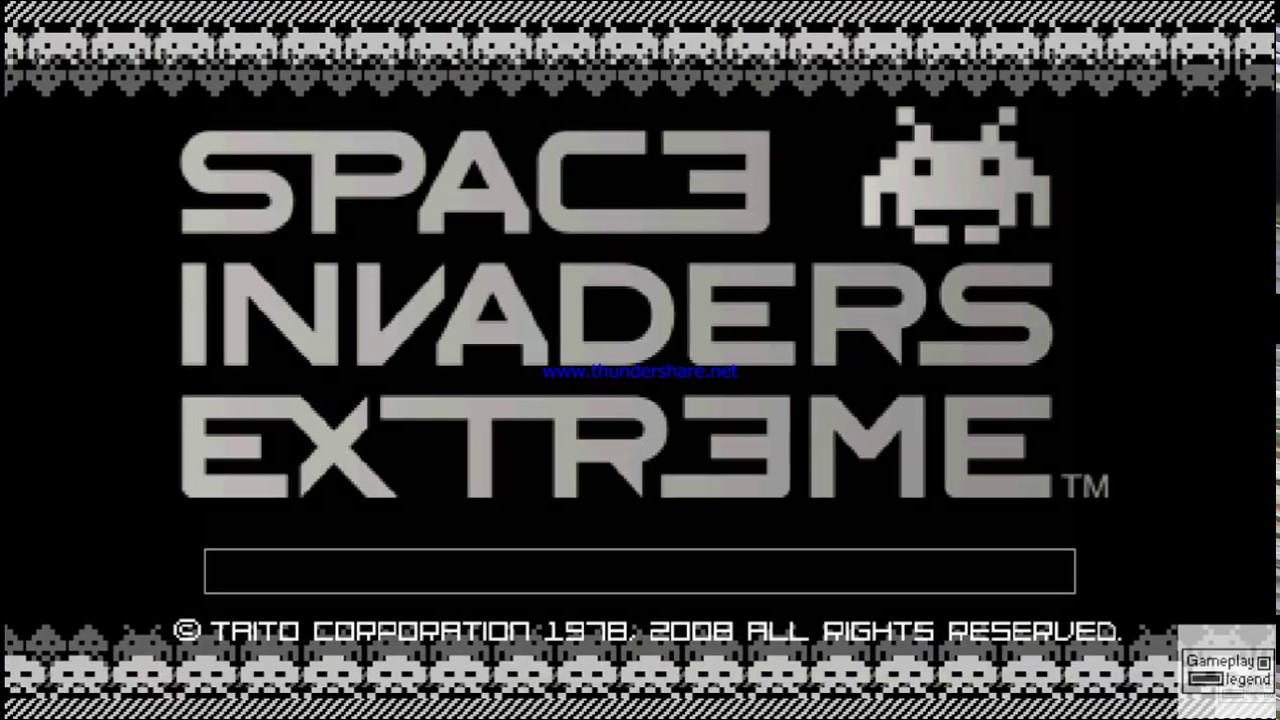 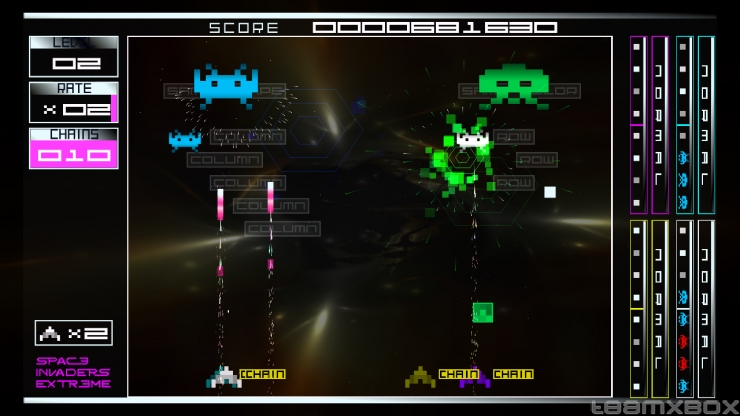 Space Invaders Extreme is a popular PlayStation PSP Video Game and now you can play this game on android using PPSSPP android emulator.

Space Invaders Extreme (Japanese: スペースインベーダーエクストリーム? Hepburn: Supēsu Inbēda Ekusutorīmu) is a re-vamped incarnation of the classic arcade game Space Invaders. The DS and PSP versions were released to mark the 30th anniversary of Space Invaders which saw its original arcade release in 1978. An HD version of the game has been remastered by Backbone Entertainment for Xbox Live Arcade with new four-player multiplayer modes and visualizer backgrounds by Jeff Minter, it was released on May 6, 2009 as a wrap-up to the 30th anniversary. The game is played at a fast pace with an electronic soundtrack and sound effects.

Gameplay
Single player
The player controls a laser base at the bottom of the display – this can move left or right and fire. To the top of the display formations of invaders appear – these must be shot for points and to avoid them destroying the players’ laser base. Sometimes a flying saucer will traverse the top of the screen. This is the same basic design as Space Invaders; the player loses a life if he/she is hit, or if one of the aliens touches the ground; but the formation of the aliens differs greatly, changing from level to level. Sometimes there are only a handful of invaders in a tight formation, sometimes individual invaders advance rapidly down the screen separately from the main formation, and sometimes a boss level will be encountered, often consisting of a very large invader and various guards. The invaders themselves have individual properties, such as firing lasers, splitting into duplicates or charging for the ground after being hit once. Bonuses for higher scores can be obtained by doing as instructed by words that flash up on the background, such as hitting invaders of a particular colour or particular type.

Shooting four invaders of the same colour in a row awards one of four power-ups; bomb, broad shot, laser and shield. If a different set of four is shot afterwards, a flashing UFO will appear. Shooting that accesses the Bonus Round, in which a player is given a short time to complete a certain goal, such as defeating so many aliens. If the task is completed, the game enters ‘Fever Time’, awarding the player with an even more powerful up for a short time, allowing the player to get through waves of enemies faster. Getting different combinations of colours can reap different bonuses, such as a roulette UFO that offers bonuses such as Freeze and Extra Player, changing all the aliens to the same colour, or turning all enemies turn into UFOs that reap power ups after one hit.