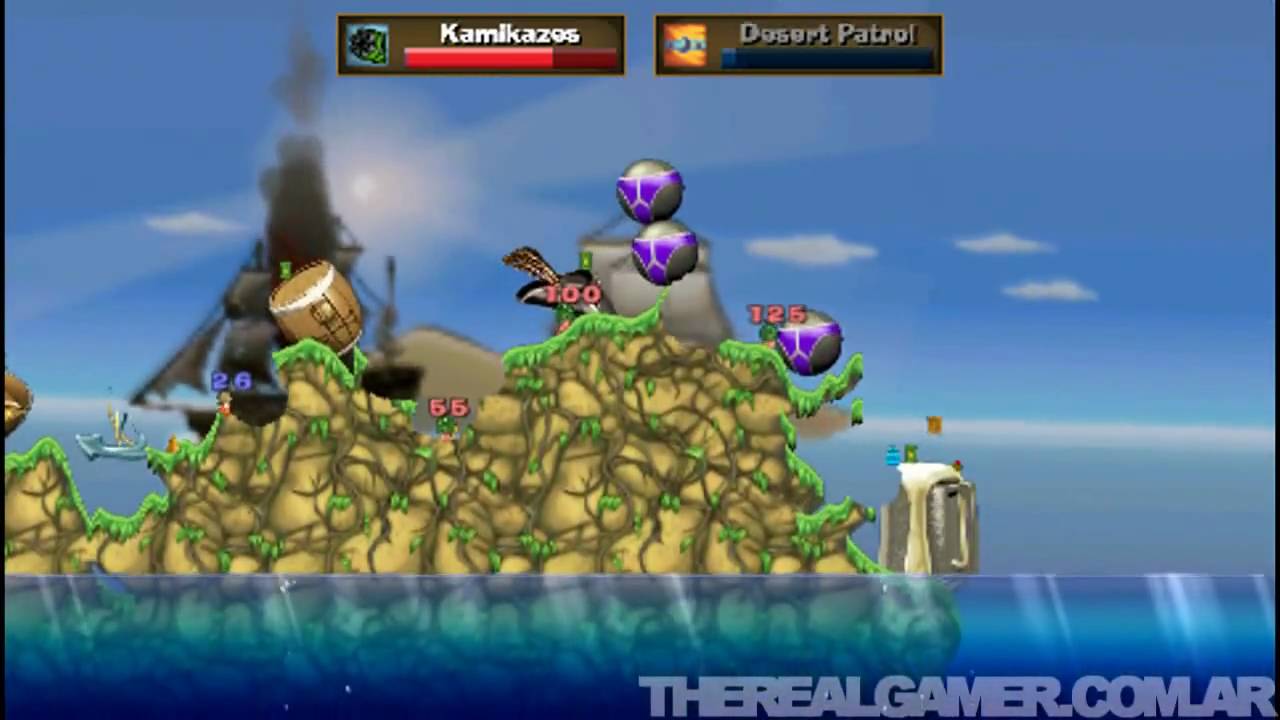 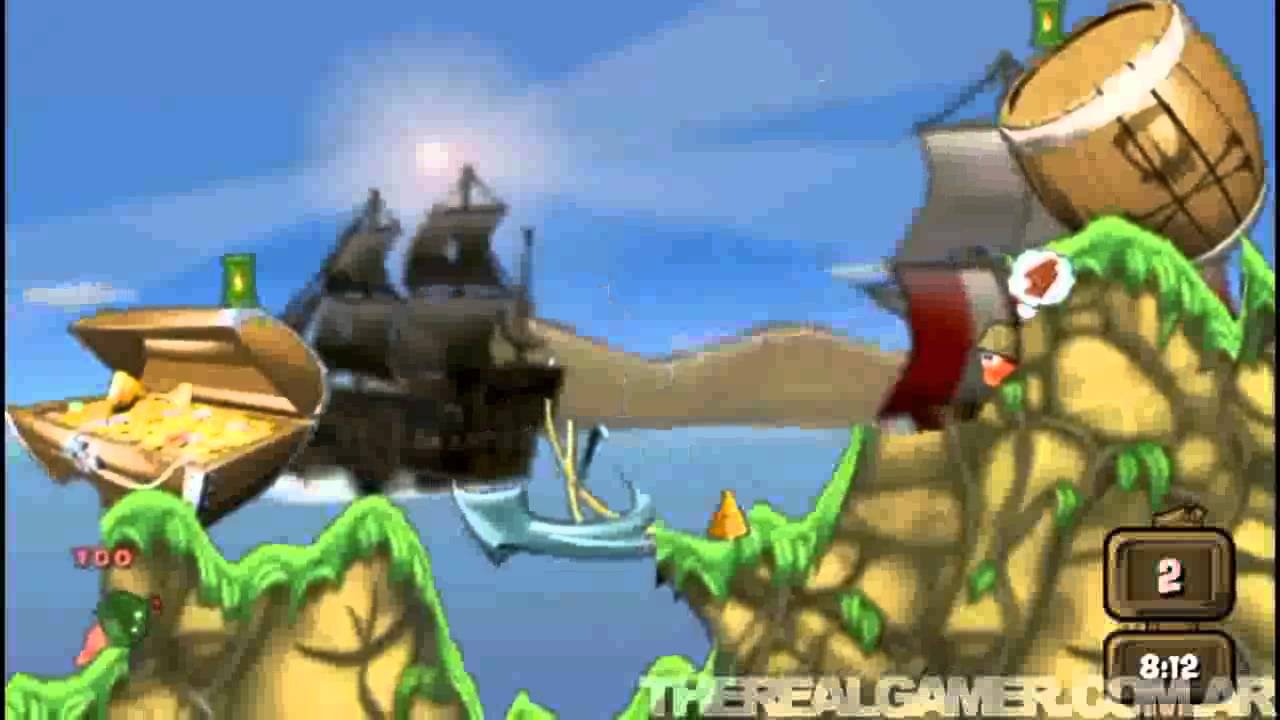 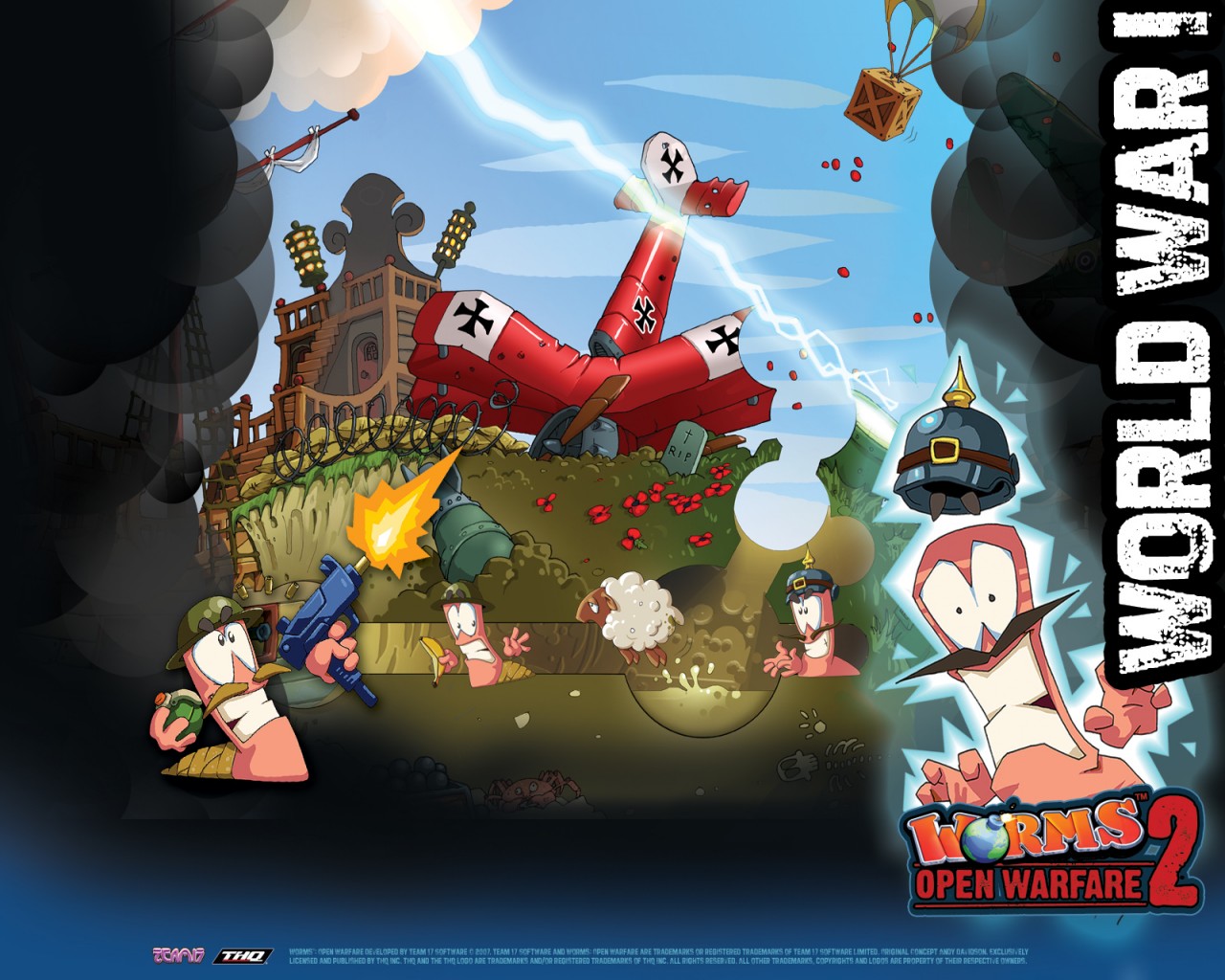 Gameplay
The gameplay of Open Warfare 2 is similar to that of previous games in the series. The game is viewed from a side-scrolling perspective. The player takes control of a team of several worms, and is pitted against other teams of worms under the control of AI (if in Singleplayer) or another Human (if in Multiplayer). Actions are performed in time-limited turns that cycle through each team. The winning team is that which can kill the opposing teams’ worms; this can be achieved by using various types of weaponry and tools, availability of which depends on the game mode being played. Battles takes place on randomized, destructible terrain, which are visually distinguished by themes; “Forts” mode takes place on two forts, whose terrain depends on the theme. The player is able to select victory dances and color schemes for their worms, and to make custom race courses or fort maps using the level editor.

Single player
The single player modes of the game are Puzzle, Campaign, Laboratory (DS only), and Training. Puzzle mode consists of over twenty challenges that require the player to complete a specific task, such as reaching an exit point or killing hard-to-reach enemy worms, with limited resources. The campaign is a series of thirty typical gameplay missions (plus 5 buyable missions in the in-game shop) with a basic story. The campaign introduces and moves through each of the landscape environments. Laboratory is unique to the DS. This has four different sets of mini-games which utilize unique characteristics of the DS – one mini-game type has the player flying a worm through a cavern, blowing into the microphone to raise the worm’s parachute to clear obstacles. Training consists of a series of three missions designed to familiarize players with the gameplay and control scheme, as well as several “shooting range” levels which give the player unlimited access to every weapon, and allow the player to spawn targets to test the weapons on.